I want to share some info about #Ottawa’s #realestate market. I pulled this graph from an article published on CBC.ca back in April of this year.  http://www.cbc.ca/…/b…/cmhc-housing-market-warning-1.4086597 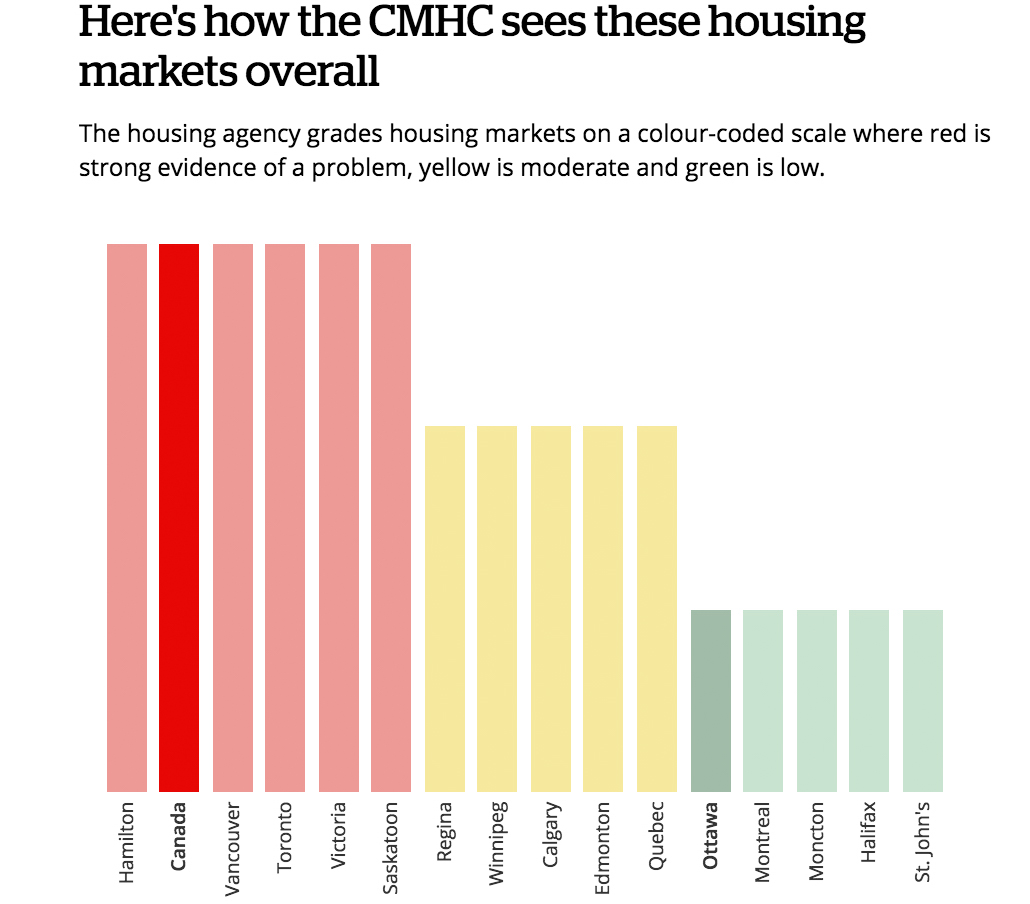 The graph is quite insightful about #Canada’s real estate market in general. It mainly speaks to CMHC’s ( Canadian Mortgage and Housing Corporation ) view of how properties in certain Canadian markets are highly at risk of being over evaluated. As you probably have suspected it is a small handful of markets that have led to any worry about over evaluation. Most of us have heard in the news about Toronto and Vancouver’s markets exploding with large sale price increases, but what I think a lot of people are wondering about here in Ottawa is where does our real estate market sit. You may have also been hearing a lot about the possibility of a real estate market bubble here in Canada, and the potential of a bursting of that bubble with a correction to the market. Is Ottawa’s market at risk of suffering a devaluation due to an overall Canadian market correction? Well, I have provided these graphs for people to gauge for themselves where Ottawa sits in the grand scheme of things. It is my opinion that Ottawa is a hidden gem of sorts in the Canadian real estate market. As you can see from from this graph Ottawa has been steady in its sales price increases over the last 9 years and as the CMHC graph shows it is a correctly evaluated, or possibly an under evaluated real estate market. 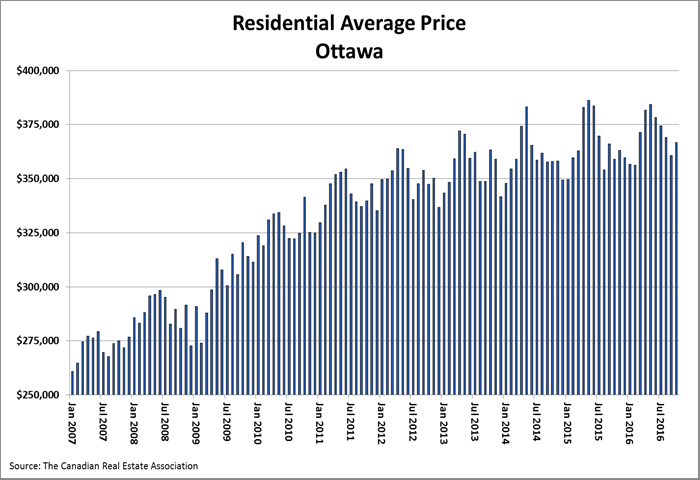 Over the last 12 years Ottawa’s sale prices for a single family home have increased approximately 66.3%. The largest decrease in sale price during that period was 2.9%. This happened from July 2013 to January 2014. It was short lived and back up 3.8% from that January 2014 to June the same year. Which is a small increase of .9% from the original date of July 2013. My goal with sharing this post is to shed some light on where Ottawa has been and where we are currently. No body can see the future, but I’d say it is wise to look back, to see what is in front of you. I hope this helps put things in perspective for people with concerns about Ottawa’s real estate market.